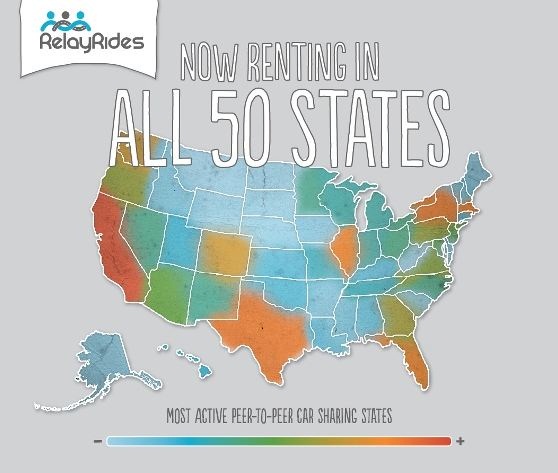 (Click the photo above to view the full infographic.)

RelayRides released an infographic highlighting company milestones and facts on the peer-to-peer car sharing marketplace in honor of the company’s one-year anniversary. It was featured on the company blog on March 7.

According to Relay Rides, peer-to-peer car sharing has reached more than 1,300 cities.

Specific to RelayRides, the company said it has increased its fleet size by 45%, and that the top five most rented vehicles from RelayRides are the Honda Civic, Toyota Prius, Toyota Corolla, BMW 3 Series and Subaru Outback.

The car sharing service reported that the top reasons people rent a car are for running errands, road trips, experiencing a different vehicle, extra transportation and business travel. As well, 43% of RelayRides’ users report that they already own a vehicle.

You can view more stories about RelayRides here.