Freud would have a field day.

Auto Rental News surveyed our readers on the strangest things found in a returned rental car. You responded with some funny, eerie and downright bizarre stories. The things you found offer a peek into the lives of the renter—and an often unwanted look at the human condition at that.

The stories varied, but some patterns emerged. Who hasn’t found all manner of sex and drug paraphernalia? If a Martian’s one job on Earth was to clean returned car rentals, it would think we’re a bunch of sex-craved drug users. As the typical car renter represents a cross section of the American populace, maybe we are.

Whatever you’ve found, kudos to you, your counter reps and cleaning crew. You tackle the nasty cleaning jobs. You go out of your way to return the items. And you keep a straight face at the return counter.

A lady on an isolated island had given birth in her home, and they had to rush her here to the hospital in Ketchikan. The doctor asked her to bring the afterbirth (placenta). She did but forgot it in the trunk, and the car was returned to us. She never picked it up so we had to dispose of it.
Diana, Alaska Car Rental
Ketchikan, Alaska

We rented a van to a meat dealer. He returned the van and something stunk to high heaven. A week later we found a goat’s heart in the wheel well. He said it must have fallen out of one of his packages.
Jack Kelly, VERC Rentals
Weymouth, Mass. 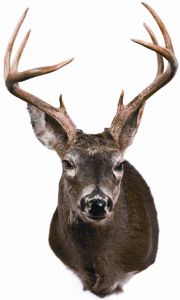 We found a severed deer head. The customer had gone hunting and forgot the head in the car. The customer never picked it up. We couldn’t get the smell out for about a month.
Wayne Harrison, Thrifty Car Rental
Shreveport, La.

People have left eggs that went rotten. We tried to move them; they broke, and released a nasty smell.
Mitch Harris, Rent 2 Save
Glendale, Calif.

What comes from the human body is a constant “leave behind,” though some things are less common than others.

You know what I find all the time that drives me nuts? Finger and toe nails. People pick and cut their nails in the rental cars all the time. It’s really disgusting. My customers are local people and friends. Do they not realize that I’m cleaning this up? It’s very odd.
Carolann Malley, Hertz Car Rental
Lebanon, N.J.

As unpleasant as that is, you told us that non-human remains are far worse.

Some guys went fishing and had a Styrofoam cooler with a small leak. You can imagine what dead fish smells like. We tore out all of the carpeting from the trunk and we had to pull the seats out of the car. I shampooed the carpeting and it sat in my garage airing out for a week.
Karen, Lulloffs Car Truck & Van Rentals
Manitowoc, Wis.

All Creatures Great and Small

Someone could start a zoo with the animals found in rentals. You reported a live hamster in the glove box, a petrified dead salamander in the center console, a snapping turtle under the passenger seat and a live chicken that flew out of the trunk.

Cat hair is rough. We get that in the Penske trucks. I swear—to rent a Penske truck you have to own a pet. We had a renter we called the cat lady. The passenger seat looked like a fur seat.
Dave Haas, Rent a Wreck
Deptford, N.J.

Those that protect and serve are human too. Does that make you feel any better?

Law enforcement officers leave guns in cars more often than criminals. Because they can’t drive with them on their belts, we find them in the console between the driver and passenger seat, or in the trunk under the spare tire.
Jack Kelly, VERC Rentals
Weymouth, Mass. 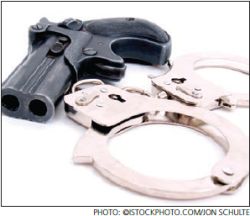 A federal agent forgot his gun in the car. He said it was bugging him on his belt so he put it under the driver’s seat.
Ayub, Dollar Rent A Car
Ridgecrest, Calif.

How Could You Forget?

Many of you reported finding various types of underwear. Wouldn’t they want that back before they returned the car?

Jack Kelly of VERC Rentals in Weymouth, Mass. reports that women’s purses rank highest on the most commonly found list. “That’s almost an extension of a woman’s arm. How could they leave that?” he says. Some extensions are even more valuable—an Enterprise employee found a prosthetic leg. It’s good to see renters are finally paying an “arm and a leg.”

Cell phones are also high on the leave-behind list. At least someone is putting them to good use: 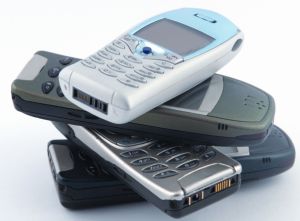 We have half a dozen cell phones here, and when people don’t claim them, we donate them to the Rotary Club. In our area, Rotary runs a program for battered spouses to have a cell phone pre-programmed to dial 911.
Dave Haas, Rent a Wreck
Deptford, N.J.

Here’s a new ancillary revenue idea: Why not rent the doll to get in the carpool lane?

We found a used condom, which is pretty disturbing, especially because it was a renter we’ve known for awhile. It was very shocking to see that, knowing who it was from. You don’t want to bring it up to them, but you don’t look at them the same way.
Ben Cord, Avis Rent A Car
Palo Alto, Calif. 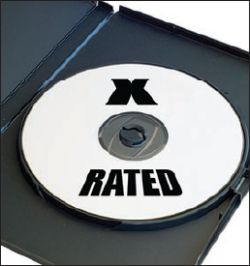 When I ran Budget at the airport, things echoed quite loudly near the counter. A customer stormed up to the counter and said she “wasn’t about to take that car out there in the airport parking lot because when she put her hand under the seat to adjust it, it went right into a jar of ‘vagina cream.’”
Sharon Faulkner, Thrifty Car Rental
Albany, N.Y.

This Is Your Car on Drugs

Often the items stray from personal use: You told us about finding a drug scale in a CD case, large bags of pot, a box full of cell phones and crack pipes, a Lincoln Town Car full of drugs and $80,000 worth of cocaine.

Our desk agent was bragging about how he was getting such a high rate for a Cadillac Sedan de Ville on the weekends. We later got a call from the police department; our car was involved in a high-speed police chase and it had hit a house. The driver wasn’t hurt but he had 40 kilos of marijuana in the car.
Ron Westley, U-Save
Canton, Ohio

Why not start collecting interest on that cash? An Enterprise employee reported a portable ATM machine in an impounded Chevy Malibu.

We’ve found heroin bags, which are usually blue wax paper bags with a stamp identifying the type, such as “Good Times.” It used to be put in a perfume sampler, with the plug on the end. Now apparently they’re selling the bags with Obama stamps on them.
Dave Haas, Rent a Wreck
Deptford, N.J. 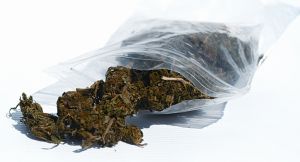 Many of you reported finding large amounts of cold, hard cash, sometimes in the thousands of dollars. Drugs and cash. Think there’s a connection?

We opened the trunk of a returned rental and found a box of Cheez-Its with a glimpse of a $20 bill sticking out. The renter called up in a panic wondering if his car was still at the lot. We found at the bottom of the box under a layer of Cheez-Its two big bricks of $20s rubber banded together. We didn’t want to risk getting our employees involved so when he came in we gave him the box with the money. He was sweating like someone was going to kill him if he didn’t get this money.
Travis Ferguson, Triangle Rent a Car
Chesapeake, Va.

Drugs, alcohol and cars do not mix—why haven’t we gotten that straight? You said you constantly find paraphernalia such as pipes, bongs, roach clips, hypodermic needles, marijuana roaches and rolling papers. 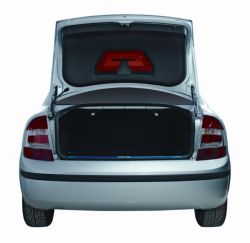 I rented a Chevy Lumina to a repeat customer and she let someone else take the car. The car got impounded outside of Tucson. The driver got busted for hauling undocumented immigrants. They pulled five people from the trunk. The car was black; I’m sure it was unbelievably hot. Someone had to go retrieve the car. I told the renter that if I go get it, I’d charge her $5 a mile. She went down and got it out of impound and brought it back.
David Ward, Express Rent A Car
Grand Junction, Colo.

Lastly, it is not surprising that rental cars sometimes end up with a dead body. This could be a result of a suicide, a body legally transported with a permit or just a plain old fashioned murder.

Back in the mid ’90s a woman rented a car from us and let her boyfriend use it. She didn’t know he was a serial killer. He used the car to dispose of a body. New York police caught him and impounded the car as evidence. They never gave us the car back. Months later we got a check in the mail and a note stating that we never picked up the car so they sold it at auction. We had to sue the City of New York. We never fully recovered our costs but got a little more money out of it.
Harold Maurer, Epic Car and Truck Rentals
Clifton, N.J.

We found a severed human hand in the trunk of a car while I was working for Right Way Rent A Car in the mid ’70s. We called the cops and they took it away. The car was used in the commission of a crime. Have you seen a car after it’s been fingerprinted? In the old days anyway, it was absolutely destroyed. The fingerprint dust was gray and black and they dusted every panel. It would get filthy. And they’d keep the car for 30 days.
Joe Knight, Fox Rent A Car
Los Angeles, Calif. 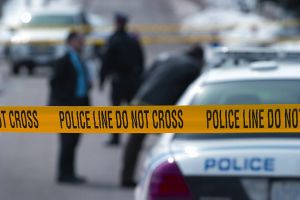 We got a car back from the police with a completely bloody interior. It looked like two people shot themselves up in the car. We had to buy a whole new interior, including replacing the seats. At least their credit card was still good.
Mitch Harris, Rent 2 Save
Glendale, Calif.

Here’s hoping you never find a body—and if you do, we hope you get the car back in a timely fashion.