Auto Rental News last profiled Fox Rent A Car in its March/April issue in 2004. In five years, the Los Angeles-based company has opened three new locations (for a total of 10) and has grown revenue by 350 percent.

You might think co-owners Mark Mirtorabi, Mike Jaberi and Allen Rezapour have reinvented the wheel in that time to propel such strong growth. Not so. The company’s business model remains targeted on what got them this far: a conservative approach to expansion, a focus on the leisure market and using technology-based solutions to generate sales, manage rates, lift customer service levels and reduce paperwork.

Tracking Customer Service
Fox has built automation into every level of the company, and that includes a method to track customer service using an automated survey. After returning a car, the customer receives an online survey within 48 hours. The questions ascertain whether the customer derived value from the Fox rental experience.

“One of the strongest points we’ve seen in our survey is that customers are happy with the value they’re getting in terms of the money they spent, the type of car and the service they received,” says Jaberi.

The company is one of a handful of RACs rated by JD Power and Associates. “We’re hoping with all the changes in our customer service that we will get a much better rating than last year,” Jaberi says. “We’re putting everything under a microscope to see how we can increase that percentage.”

High levels of customer service start with employee training. “What happens behind the curtain is very important to what happens in front of the customer,” Rezapour says.

Fox has hired an off-site company that holds training seminars. Every employee in the company is required to attend the seminars and they get a certificate upon completion.

Fox has an internal department devoted to training as well. The goal is “to keep employees happy and motivated, which, ultimately, will reflect in the customer service they give,” says Rezapour.

The three partners’ management style gives all employees access to the owners, which fosters growth from within. “We don’t shut the door on anyone,” Mirtorabi says. “We recognize that everyone has a talent and we try to find a place for them.”

Going Paperless
The company has an unending quest to control expenses, Jaberi says. “After the fourth quarter of last year, we went through every item on our P&L and looked at better ways to control each expense,” he says.

On that front, one ongoing initiative is to create a paperless office.

The company has looked at each of its 12 departments to see how IT can automate processes and eliminate paper. So far, in 18 months, four of 12 departments are paperless-certified, with the other departments in the works. 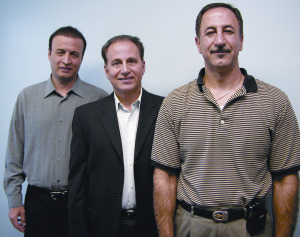 Web Marketing Pays Off
The owners credit a huge part of the company’s growth to Internet marketing and online affiliations.

Fox continues to be connected to the major global distribution systems (GDS) and is a member of Orbitz, as well as a regional vendor for such companies as Travel Now, Sidestep, Priceline, Southwest Airlines and America West.

Fox has concentrated much of its IT efforts on its own Web site, which has paid off with reservation volume more than double that of the major GDS companies. There are more than 800 keywords that Fox relies on to market the company through search engines.

Fox has developed a robust system in conjunction with TSD and Rate Highway to manage rates. The system analyzes utilization from the same day to many weeks out, and then evaluates major competitors’ rates. According to that information, the system adjusts rates every 30 minutes.

Advanced Fleet Planning
Fox’s fleet planning reflects its conservative approach to growth. “We plan 18 months out,” says Mirtorabi. “We saw a lot of this [economic hardship] coming, so we were conservative on our purchases for 2009. We’re now thinking about what we’re going to do in 2010.”

In this climate of unprecedented change in the automotive industry, “we want to understand what the manufacturers are doing before we make any big fleet decisions,” Mirtorabi says.

The availability of credit is a challenge and the company is talking to new sources.

“We are affected the same way as the [major car rental companies] are,” says Joe Knight, executive vice president. “Like other companies, we are slowing down our car purchases and sales to match supply and demand.”

The company buys mostly risk vehicles, with some repurchase, and is diversifying its fleet mix to include more foreign manufacturers. Mirtorabi would like to introduce some smaller, unique cars into the mix such as the Mini Cooper or Saturn Sky that offer an opportunity to upgrade.

The Silver Lining
Manufacturers are producing fewer cars, and sales to rental fleets are projected to drop at least 40 percent in 2009. Because of the economy, the public is renting fewer cars right now, and as a result overall transactions are down at Fox.

Rezapour sees the silver lining. “There are a lot fewer rental vehicles in fleet, and that’s improving rates,” he says. “I think residuals will be pretty strong with the shortage, which is really going to help our industry.”

“We are experiencing double-digit growth in revenue per day,” Knight says. He estimates the positive RPD trend to continue into the spring.

But this buoyancy may not last if the manufacturers return to high incentives to move cars. In the past, rental car companies were taking advantage of fleet deals and over-fleeting, Mirtorabi says, which depressed rates and residual values. However, “the philosophy seems to be changing to where rental companies are now concentrating more on getting revenue per day per vehicle than just buying tons of cars,” says Mirtorabi.

“I think we’re finally at a point at which a rental car has real value,” says Knight.

Shifting Customer Base
Fox has seen a change in its customer base with the changing economy. Jaberi believes the bargain-basement shopper is migrating toward the smaller independents, while the recent higher rates in the industry have caused some customers that frequent the majors to move to Fox.

“Many of our customers that we talk to used to be a leisure customer to a major brand,” Jaberi says. “But we are still a discount company and our rates are lower than those of our competitors.” 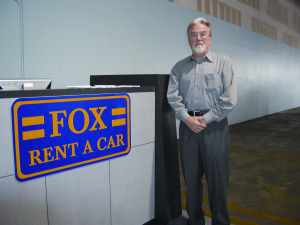 Corporate business is a minor focus right now, and the company continues to research and develop a service kiosk aimed at that market.

Grow Infrastructure Before Opening New Locations
Serving airports in 10 major cities, Fox has some of the largest fleets per location in the industry. The Seattle location opened in August 2007, while Salt Lake City and Las Vegas—the largest opening yet—opened last year.

All locations exist in the western United States by design, which allows for an easier sharing of fleet. Desert locations such as Las Vegas and Phoenix can adjust to seasonal demand by shipping cars to northern coastal cities such as San Francisco and Seattle.

Fox’s philosophy is that growth must be organic and not driven by bargain prices on fleet or property. The business model dictates expansion by cash flow rather than outside lenders.

“We’re very conservative with our growth,” says Jaberi. “As far as us going out there and opening all these locations in this environment, that’s not a part of our plan. Right now we’re just going to concentrate on the infrastructure of our company.”

Stay the Course
The company that started as a part of Fox Limousine with a 10-car fleet and no reservation system has come a long way. But the business model that got the company to this point is not about to change.

“We haven’t gone crazy during the good times, and we’ve stayed conservative during the bad times,” says Mirtorabi.

“We aren’t in a rush to get anywhere,” says Jaberi. “We make our moves very carefully and surround ourselves with talented people.”