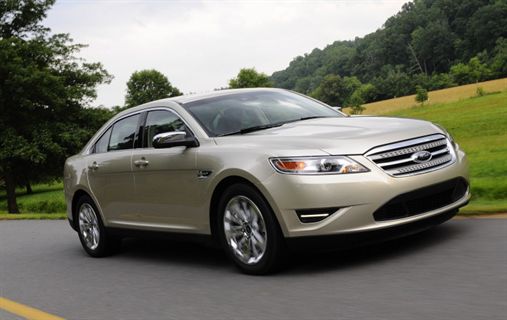 The 2010 Ford Taurus is commanding impressive results at auction, posting an average 39 percent increase in resale value - or $7,100 - over the 2009 model, according to Ford Motor Company.

"The successful product launch of the 2010 Ford Taurus coupled with the vehicle's best-in-class quality, upscale design and state-of-the-art technology has resulted in a sharp improvement for the brand," she said, adding that the resale value of the new Taurus after one year now surpasses that of one of its strongest competitors, the 2010 Toyota Avalon.

Taurus also ranks highest in its segment for initial quality, according to the J.D. Power and Associates 2010 Initial Quality Study.

Steve Ling, manager, Ford North American Car Marketing, adds that all of these improvements and strong word-of-mouth have resulted in strong retail sales.

"In the first half of 2010, Taurus retail sales were up 154 percent over the first half of 2009 while incentives were reduced by more than $1,600 per unit," he said, noting that third-party sources have recognized the vehicle's best-in-class levels of customer satisfaction and quality.