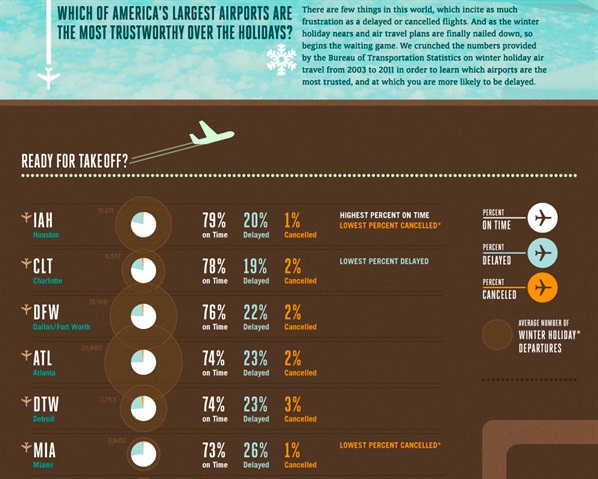 Click on the above photo to see the full infographic on Mint.com.

Using data from the Bureau of Transportation Statistics (BTS) and Airports Council International, Mint.com's infographic shows which airports during the holiday season have the most "on-time" flights, and least amount of delays and cancellations.

The holiday season is considered from the third Wednesday of December until the first Tuesday of January.

The two airports with the highest percentage of cancelled flights are Chicago (ORD) and Boston (BOS).