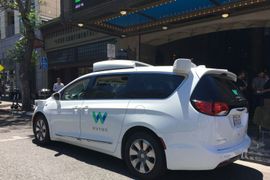 How Will Waymo Monetize Autonomy?

The largest windfalls from autonomous services won’t come from making driverless cars or advertising in them. Look instead to what Google does best when disrupting and democratizing technology.