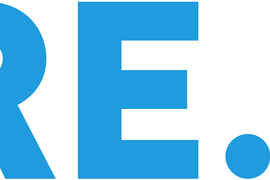 The personal insurance distribution platform has launched an app-based rental car insurance service with connections to all car rental companies. 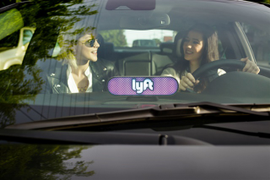 For policyholders with short-term needs for alternate transportation after an incident, Root Insurance now offers the choice between a rental car and a comparable amount of Lyft credits for free rides. 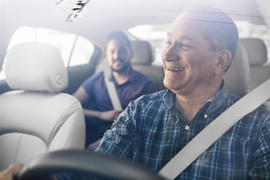 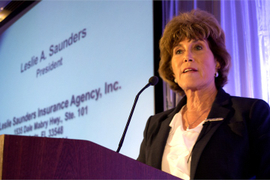 Leslie Saunders, CEO and founder of Leslie Saunders Insurance Agency Inc., a provider of insurance services for the auto rental industry, has been named as an inaugural recipient of the Legacy of Leaders Award for Women of Distinction. 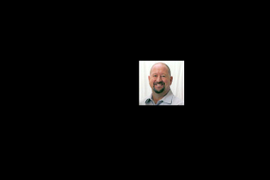 Steve Dietsch, CEO and president of The Pinnacle Group Insurance Services, which specializes in insurance programs for the car and truck rental and leasing industry, died on July 27. 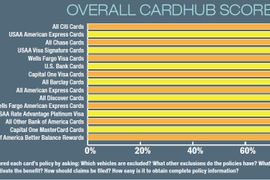 The CardHub study analyzed online rental policies of all the credit cards currently offered by the 10 largest issuers. 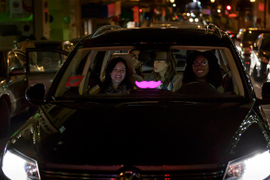 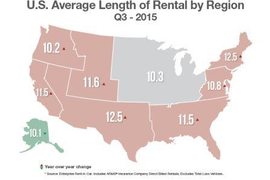 The national average length of replacement rental (LOR) rose slightly in the third quarter of 2015 to 11.4 days overall, according to Enterprise’s Automated Rental Management System (ARMS). California saw the largest increase in LOR.

State Farm Insurance refused to pay the full amount for loss-of-use damages on a rental car from the Avis Alaska franchise. An Alaska court ruled in favor of the franchise. 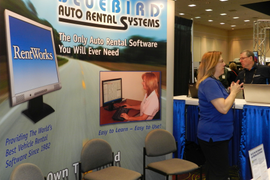 By partnering with Bluebird Auto Rental Systems and using its custom software reports, V3 Insurance looks to reduce the amount of reporting requirements for its rental car operator clients. Plus, Bluebird customers will now have access to V3 Insurance services. 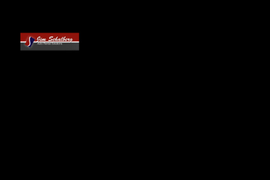 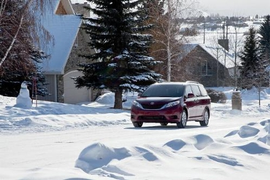 In partnership with AAA, Hertz has released a list of tips for safe driving this winter season.