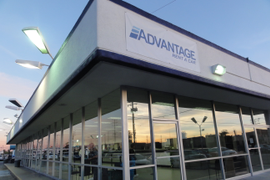 With this decision, the final award of $19.2 million stands.

The car rental company said it plans to file this week for a Federal Trade Commission antitrust review of its proposed purchase of Dollar Thrifty Automotive Group Inc. Hertz also made a filing with the Securities and Exchange Commission on Tuesday that outlined its views on the advantages of combining with Dollar Thrifty.