A rental car recall safety bill was approved by the California Senate judiciary committee and now moves forward to the Senate appropriations committee.

The money raised would go toward construction of a $230 million rental car facility at Honolulu International Airport and an overflow vehicle storage facility at Kahului airport on Maui.

The legislation would have applied a 2 percent tax on equipment rental agreements with a term of one year or less.

The association provides a roundup of current legislation that could affect your business, including Arizona’s car rental tax bill HB 2736, and prepares for a meeting with U.S. Transportation Secretary Ray LaHood.

A bill to use a Cactus League ticket surcharge and car rental tax to help fund the $84 million Chicago Cubs spring training stadium in Mesa has been introduced at the Arizona Legislature.

The city doesn't allow commercial activity in residential neighborhoods, but the new rule allows Zipcar vehicles to park in lots and alleyways.

The New ACRA: Going to Bat for You

The primary objective of the American Car Rental Association is to fight for sensible legislation affecting the car rental industry on a local, state and national level.

The Car Rental Show, the only industry-wide trade show for the auto rental industry, celebrated its 10th anniversary in October with a record 32 educational sessions. 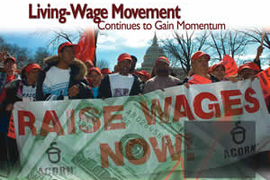