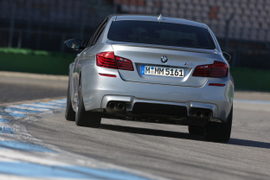 The Porsche 911, Boxster and Cayenne are available to rent in California, Florida and Nevada.

Hertz launched the McLaren MP4-12C, Lamborghini LP 560 Spyder, Ferrari 458 Italia Spider Scaglietti and Jaguar X-KR and expanded the service to include France, Italy and the Netherlands.

Depending on the location, customers will be able to choose from vehicles such as the Renault Scenic, Ford Galaxy and the Mercedes B Class vehicles.

Hertz will be adding 500 new Renault electric zero-emission vehicles to its fleet in Europe over the next two years. The planned lineup includes the Renault Fluence Z.E., Kangoo Z.E., Twizy, and ZOE vehicles.

Ace Rental Cars, which operates in Australia and New Zealand, will continue to operate under its existing brand as an independent subsidiary.