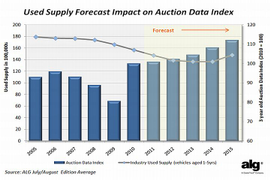 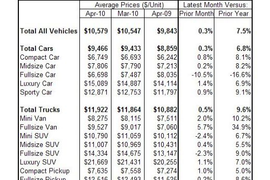 November Fleet-Commercial Sales Perk Up as Share of Total Volume

Sales of small- and medium-sized business fleets have improved since May, while government fleet volume is expected to improve in the coming quarter, CNW Market Research says.

With the limited supply of used vehicles, shoppers can save as much as $8,460 by purchasing a new car instead of a used version of the same vehicle.

Combined retail and fleet volume is expected to hit 1.02 million units, up from December 2008.

AutoPacific forecasts industry volume of 11.4 million units in 2010, and 15.4 million in 2015, a far cry from the near-17 million unit years achieved in the past decade.