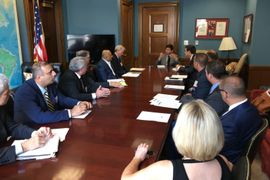 While ACRA’s federal policy priorities for a CARES 2.0 include rent and minimum guarantees relief at airports and liability protection, members are encouraged to sign a letter to jumpstart the Main Street Program. 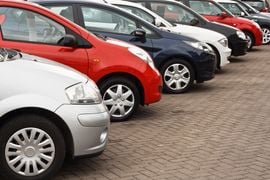 In a letter to Congress, the American Car Rental Association asks for increased funding and loan extensions for the Paycheck Protection Program, as well as a vehicle buyback program to stimulate new vehicle sales.

While this DHS document is not binding on other federal agencies or on state or local governments, it is an important tool to reference if government officials question your company’s continued operation during the pandemic.

As state and local governments look to slow the spread of the coronavirus by mandating business closures, the American Car Rental Association maintains that car rental should be able to remain open to meet local and urgent transportation needs. 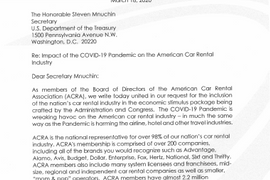 The letter from the American Car Rental Association to Treasury Secretary Mnuchin asks for grants or loans to purchase car rental industry assets, federal funds to help pay airport guarantees and concessions, and deferrals on taxes. 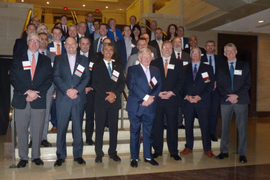 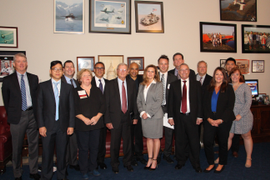 The conference will be hosted Sept. 23-25, and will feature networking dinners, meetings with legislatures, and a private tour of the capitol building. 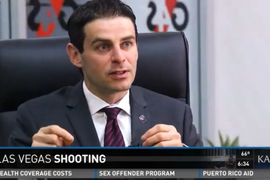 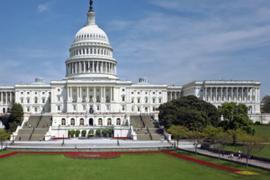 ACRA: What Is the Future of Rental Car Taxes?

Bill Plamondon, president of the American Car Rental Association explains how the FAA bill’s car rental excise tax amendment does not put an end to all discriminatory taxes and how results of a pending government study could bring new challenges. 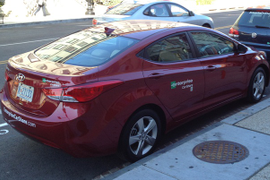 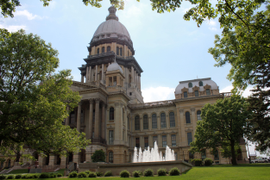