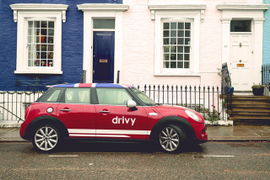 Drivy launched with 450 vehicles in London and also operates in France, Germany, Spain, Austria, and Belgium. The service rents both private and business vehicles to customers.