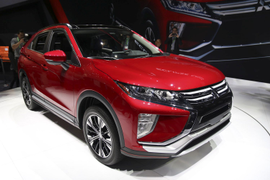 Hard Times Ahead for the Compact SUV Segment?

The hottest segment today is facing a glut of models and volume in tomorrow’s wholesale market.

The Off-Leases are Coming! Are You Ready?

The used car market will face a confluence of factors to make 2016 a challenging year.

Are We Heading to Overcapacity?

Auto manufacturers are ready to pump out more cars. But are we headed toward higher incentives and lower residuals?

7 Reasons Not to Fear the Used Car Market

You may have heard about all those lease returns coming back to the market and what they might do to residual values. It’s not as bad as you think.

6 Takeaways from the CAR Conference

A Good Time to Buy Used?

Fleet operators are staring at a price squeeze right now that’s going to hurt. But there are ways to mitigate the pain.

The three public car rental companies posted healthy third quarter results last week. While the quarter was characterized by price competition, healthy volumes and fleet rightsizing, the key driver was the used-car market. But what does the future look like?