A car enthusiast at heart, McElroy “found that the industry that makes the cars is more interesting than the cars themselves. So I’ve tried to figure out what makes this industry tick for the last 30 years. Every time I think I have it figured out, there’s always something new to learn about it.”

The following interview is based on a keynote address McElroy presented at the 2009 Automotive Fleet & Leasing Association (AFLA) annual conference in Phoenix.

New-car sales in the U.S. have been inching up in the last few months. Do you see this trend continuing?

I do. I think we’re going to see a very slow and very weak, but ongoing recovery in both the new-car and fleet markets. We’re seeing a little more travel on the part of business people. They’re going to need to rent cars; the daily rentals are going to be back in the market to a degree. Corporations are going to be replacing their fleet vehicles going forward. This should bode well for all automakers, but again, new-car sales are still going to be very weak.

What is the near-term future — over the next five years — for the domestic automakers?

The EBITDA (Earnings Before Interest, Taxes, Depreciation, and Amortization) for the OEMs means they can break even at a 10-million SAAR (seasonally adjusted annual rate). The Detroit 3 now have the capability to at least break even, even at disastrously low sales levels. And so for the first time in arguably 30 years, they now have a level playing field when it comes to competing with foreign automakers. This assumes, of course, the economy does come back. [PAGEBREAK] As we know in the last 30 years, the Detroit automakers have done nothing but lose market share. That’s going to change the dynamics in the American market. Now they finally have a chance to defend that part of the market they still hold. This market is perfectly aligned for the car OEMs. They will need to strain to meet demand. There will be no need for incentives to produce bigger sales and profits. The industry should record profits in about three years, with Ford leading the way, then GM and Chrysler. I am bullish about the new car industry in the next few years.

How does this brighter future for the domestic automakers impact fleet sales?

You forecast pent-up demand for new vehicles over the 2013-2015 time frame. can you elaborate?

The U.S. fleet of automobiles is shrinking for the first time as the population has been increasing. Demand will build as capacity is reduced. We’ve seen such a dramatic drop-off in sales in the last year, we know pent-up demand is going to build. People can only postpone the purchase of a new car for so long. While there’s no question that millions of consumers have dropped out of the new-car market, probably never to return, there’s still going to be a lot of pent-up demand that will drive sales higher than we’re at right now, again providing the economy recovers. When you couple the fact that the Detroit automakers are able to break even at today’s sales levels, and when you look at how pent-up demand is likely to have sales grow over the next three years, GM and Ford, to be sure, are in a position where they can be extremely profitable, if the market gets back to, say, only 14 million units a year.

How will foreign-badged OEMs share in the better times you predict for new-car sales?

Some of the foreign brands are going to do extremely well. Companies that have been going strong all along, I would expect them to continue to do so — OEMs such as Toyota, Honda, and Hyundai. But some of the more marginal brands are really going to struggle. What changes do you see in the U.S. car market?

A long-term shift in the U.S. car market is occurring. The CAFE and CO2 legislation will force a shift from trucks and SUVs. The question remains, however, will Americans buy smaller cars? New-car prices must increase to offset lower profits from decreasing sales of the highly profitable trucks and SUVs. In addition, the increasing amount of technology in vehicles because of environmental regulations (hybrid, plug-in electric) will add to vehicle prices, as much as $5,000 to the price of a new car by 2015, not counting inflation. Can U.S. households keep up with that pace of price increase? I do not believe so. The question becomes, “Can auto manufacturers in the U.S. survive at 11 million SAAR?” This is where the market will settle.

Which vehicle segment will benefit as the demand for new cars builds?

If we look at what’s going on right now, crossovers have been one of the hottest segments of the market, especially compact and mid-size crossovers. We also saw a big shoot-up in compact cars during Cash for Clunkers. But I think that spike is short-lived, unless gas prices really start to go up in a big way, which they’re not doing right now. The two areas I’d keep an eye on are compact cars and compact crossovers. People like SUVs, and what they’ve come to realize is SUVs are big, they’re heavy, and they’re gas-guzzlers. But they still like SUVs, and rather than walk away from them altogether, American consumers are looking for vehicles that will give them as much as possible what an SUV provides, but a vehicle that will also get better fuel economy, not be quite as big, certainly on the outside, and maybe not be as heavy. Crossovers fit the bill. So we’re seeing good strength in that part of the market, in comparison with the rest of the market.

[PAGEBREAK] What was the impact of the federal government’s Cash for Clunkers program?

The Cash for Clunkers program brought in a great many people who don’t normally buy a new car or only buy a new car every 10 years or so. These buyers only came in because of this incredible deal the government offered. They’re not likely to come back, and they’re the kind of people who can’t afford to buy an expensive car. They had to go with the cheapest car available, and those are compact cars. I think even though we saw a big spike in compact cars in the July-August timeframe, I don’t see compact car sales being that strong, unless or until gas prices start to go up again.

What developments would promote a wider acceptance and implementation of electric vehicles and plug-ins?

The only thing that I can see will help speed this along is a big increase in the price of oil. Then everybody hits the panic button and wants to see action immediately and decisions get made. But the problem right now is in this country, we still haven’t committed to any one kind of alternative. Should it be electricity? Biofuel? CNG? Hydrogen? Until we decide where we’re going, we’re going to have to put in four or five different infrastructures at a time when every municipality and government is broke. And I just think it’s going to be enormously difficult to move forward on this issue, again, until the price of oil skyrockets, and we all hit the panic button again.

Will use of diesel fuel become as widespread as it is in Europe?

Diesel will not catch on big in the U.S. as it has in Europe because environmentalists in this country don’t like diesel. They’re into electric. The one scenario that might change this situation is research now underway to use algae to produce fuel, research that offers a bit of potential in the alt-fuel area. Ten percent of the land mass in the state of Michigan can grow enough algae to supply fuel for the entire U.S. Researchers are looking into using algae to produce biodiesel. 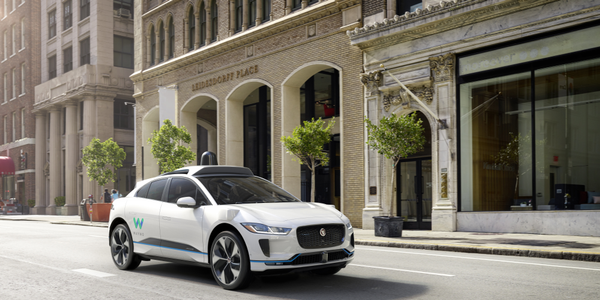