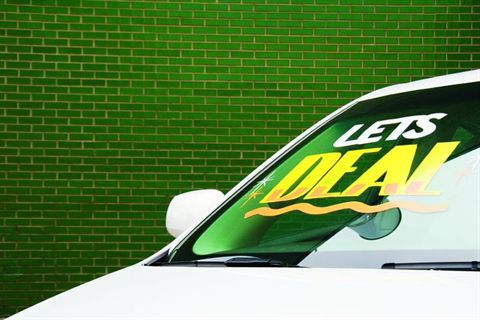 For the uninitiated, here's a primer on how auto rental repurchase programs (also called buyback programs) work and in what financial and business environments they work best.

What Are Repurchase Programs?

In a repurchase program the manufacturer agrees to buy back the vehicle for a set monthly depreciated value, provided the vehicle is returned in a specified time period and in the contracted condition. The model choices and quantity are limited by the manufacturer. The cars are delivered directly to your location or a nearby dealer depending on the program. The cars are returned to regional return locations, usually auctions.

The manufacturers provide these programs for a variety of reasons. Their vehicles are introduced to a large captive set of potential customers (your renters!). The returned vehicles provide a source of clean, low-mileage used cars for their dealers. Since the cars are ordered months ahead of time, a repurchase program guarantees a minimum level of production.

Most of the manufacturers' programs for fleets with fewer than 5,000 units are handled by independent fleet supply companies. Those companies commit to ordering a large number of cars and then offer a program to smaller rental fleets at costs comparable to the programs offered to larger fleets. There is a consolidation fee to cover the costs of consolidating the orders to the manufacturer including dealer fees, commissions, processing costs and profits.

When a Repurchase Program Makes Sense

Here are some advantages to repurchase programs and business scenarios in which they work best.

● It is low risk for the rental company. The used-car market can be fickle: With a repurchase program, the RAC does not get stuck with cars that will have to be sold in a down market. If something bad happens, the RAC can defleet quickly and at a much lower cost. If the RAC returns the car early, it only pays the minimum program term depreciation. If the RAC decides to keep the car, it already owns the vehicle. The RAC should call its fleet supplier and request a non-return allowance.

● It is low risk for your funding source, because the lending institution is only funding the depreciation for the time the vehicles are in service. (See the Hyundai Elantra example: Should your company fold the day after the bank funds the car, the car gets returned to Hyundai. The bank gets back $15,902. The bank's maximum risk is only $1,620 plus interest.)

● For the customer base that puts a lot of miles on the cars, repurchase programs allow as much as 24,000 to 30,000 miles for the term, which can be as short as four months.

● There are no remarketing costs, such as auction fees, and low to no transportation costs.

● The RAC has the customer service benefit of offering nice, new vehicles.

● There are low maintenance costs because the cars are newer.

● You can explore new markets with little risk because you already know what your costs are. For example, you can try a few 15-passenger vans, convertibles or SUVs.

● It is not optimal to buy new vehicles that depreciate quickly, such as 15-passenger vans. On a repurchase program a new Chevy Express van could be available for $550 a month in depreciation plus interest. You can cover its monthly cost with a week's rental.[PAGEBREAK]

When Buying at Risk Makes Sense

While the term "risk" could worry an untrained banker, buying risk vehicles has numerous advantages as well. (We are moving toward the term "asset value" to replace it.)

● You remarket your own cars. If you own a used-car lot or have a team dedicated to maximizing your profits when you sell your car, it makes a lot of sense.

● You keep your cars for 18 months or more and you depreciate them properly.

● When the car model has a history of holding its residual value.

● When you only buy used cars.

● When you have limited finances and you need more cars than you can afford with a repurchase deal. With a repurchase program you buy the car at clean fleet invoice, which is not a deeply discounted price. The manufacturer wants the cars back, so it prices them to encourage their return.

● When your bank does not understand or is unfamiliar with repurchase. Some banks do not understand that the manufacturers actually buy the cars back after you use them for a few months. It just seems too good to be true. 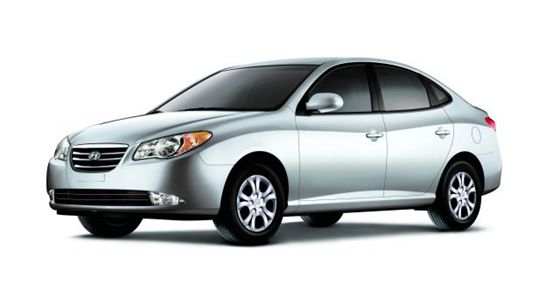 Hyundai deducts depreciation of $330 per month for the use of the vehicle from the cap cost of $17,222. After four months the depreciation totals $1,320. The RAC's four-month holding cost is $1,620 plus interest.

On return of the vehicle, assuming all terms and conditions of the repurchase contract have been met, the manufacturer pays $15,902 (cap cost of $17,222, minus $1,320 in depreciation). 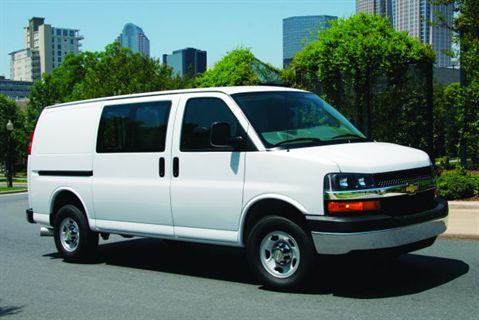 Chevrolet deducts depreciation of $550 per month for the use of the vehicle from the cap cost of $33,034. After eight months the depreciation totals $4,400. The RAC's eight-month holding cost is $4,900 plus interest.

On return of the vehicle, assuming all terms and conditions of the repurchase contract have been met, the manufacturer pays $28,634 (cap cost of $33,034, minus $4,400 in depreciation).

The rental car company decides what vehicles it needs to meet fleet demands. The manufacturers offer a variety of new-vehicle programs, from compacts to 15-passenger vans.

The RAC decides how long it needs the vehicles. This is a function of the mileage limitations of the selected program and your season. Plan for a five- to six-month period in an area where customers drive long distances, with a second delivery of new cars at the end of the period. For a shorter season, select a four-month period. The length of the program, mileage limits and other terms vary by manufacturer. Work with the fleet supply company for the best available programs.

The RAC arranges funding with the bank or lending institution. The amount funded is the capital cost of the vehicle plus a consolidation fee. The manufacturer guarantees to repurchase the vehicle at the end of the service period. This assumes that the vehicle is not over the mileage limit or damage allowance.

● Vehicles are shipped directly to the RAC or a nearby dealer.

- copy of MSOs (Manufacturer's Statement of Origin) or copy of title application showing bank as lien holder, depending on state.

● On arrival of vehicles, the RAC's funding source overnights payment (cap cost plus fee) to the fleet supply company. On receipt of payment, MSOs are overnighted to you or your funding source as has been previously designated.

● Depending on the program, the RAC notifies the fleet supply company when the vehicles will be returned, usually 10 days before the date they will be sent back. The RAC is given a return location by the manufacturer.

● Vehicles and clear titles are returned and checked in. Condition reports are sent to the rental account to sign off on. The manufacturer sends the appropriate funds to the lien holder usually within 35 days.

Tim Yopp is chief technology officer of Eckhaus Fleet LLC, one of the largest independent fleet suppliers representing Hyundai, Suzuki, Toyota and other manufacturers to the corporate fleet and rental car industries. He can be reached at tim@eckhausfleet.com.

Mark Eckhaus is CEO of Eckhaus Fleet LLC and a principal in several new car dealerships. He can be reached at Meckhaus@aol.com.