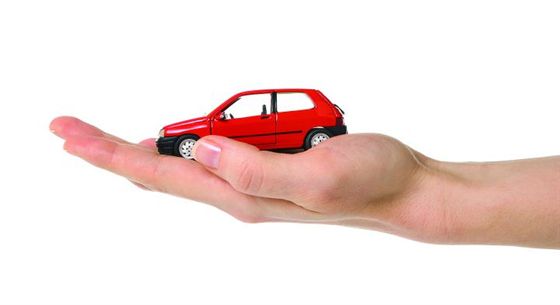 Knowing When Not to Rent

Lawsuits against car rental companies alleging negligent entrustment are increasing in frequency. Negligent entrustment is the act of giving or renting a car to a person not competent to drive or, as we'll see, likely to cause injury to others. If that person later has an accident, a car rental company could be held liable for the resulting injuries.

Car rental companies have always been exposed to liability for this behavior. So why the recent increase in negligent entrustment lawsuits? I think the increase is more than just a coincidence. Injured plaintiffs who are now blocked by the Graves Amendment are more interested in suing rental companies for negligent acts, which are not protected by the law.

The mere allegation in a lawsuit that the rental company negligently entrusted a rented car to someone may be enough to survive a motion to dismiss the suit - thereby getting the plaintiff to the discovery stage. Discovery can be lengthy and expensive. In order to avoid these costs (interrogatories, depositions and other processes), rental companies and their insurers are likely to offer money to settle the claims. The settlements will have to be recovered through premiums and could affect your cost of insurance.

Here are two recent examples of cases in which plaintiffs were allowed to go to discovery. The cases are from New York and Connecticut, states that made rental companies vicariously liable for renters' negligence before the Graves Amendment.

Ellis v. Jarmin is a December 2009 Connecticut case. Enterprise rented a car to Mr. Jarmin, who had multiple outstanding arrest warrants. Police spotted Jarmin and pursued the rented car to arrest him on the warrants. Jarmin fled in the car but stopped to allow passengers to run away. In doing so, however, one of the passengers - Ellis - was injured.

Ellis sued Enterprise alleging that it should have known that Jarmin had warrants outstanding, that he would flee, and that he might cause injury to others. Enterprise moved to dismiss the lawsuit. The court denied the motion, but it was sympathetic to Enterprise's position.

"The plaintiff's complaint does not allege how Enterprise should have become aware of Jarmin's outstanding arrest warrants ... but pleadings must be construed broadly," said the court. In other words, the court knew that Ellis was not likely to succeed. Nevertheless the court permitted Ellis to go fishing during discovery in hopes of finding that Enterprise knew or should have known that Jarmin was likely to cause injury to others. Fairness for Ellis means increased costs for Enterprise.

Estate of Byrne v. Perfect/Budget is a November 2009 Brooklyn, New York case in which a Budget agent ("Perfect") rented a delivery truck to Jamie Collins, who had a history of drug-related traffic offenses and was driving on a restricted license. During the rental, Collins struck and killed a bicycle rider. The rider's estate sued alleging that Perfect knew or should have known that Collins had a history of drug- and alcohol-related traffic offenses.

Perfect and Budget moved to dismiss. The trial court denied the motion, saying that Perfect had to show that it possessed no special knowledge of any propensity by Collins to operate the truck in an unreasonably dangerous way. The court said that Perfect had not tendered any evidence establishing that it followed the proper policies and procedures required of Budget rental locations on how to determine whether a renter's license was valid. The court found that a restricted license was a valid license; the court did not impose on Perfect any obligation to check a renter's driving record beyond verifying a valid driver's license.

But the court also said that Perfect had to show that it had internal policies and procedures to cover this type of renter and that it followed its own procedures. In other words, if Perfect failed to follow its own procedure for qualifying renters, it might be found liable for negligent entrustment. The decision, in this writer's view, unfairly places the burden of proof on Perfect. The burden should have remained on the plaintiff.

In Byrne, the court allowed the plaintiff's case to go to discovery on the strength of the specific allegation that Perfect might not have followed the Budget policies to determine validity of a renter's license. In Ellis, the court allowed the case to go to discovery even though the plaintiff alleged no means by which Enterprise should have determined the validity of the renter's license.

In states that did not recognize vicarious liability before passage of the Graves Amendment, the results have been different:

Jones v. Enterprise is a March 2009 South Carolina Court of Appeals case. The court found no negligent entrustment even though the renter had six prior speeding convictions (three of which occurred while driving an Enterprise car) and failed to pay numerous traffic tickets. The court noted that precedent in South Carolina limited finding of negligent entrustment to cases where the facts showed the driver was intoxicated at the time permission was granted to drive the vehicle.

Lessons from These Lawsuits

No case imposed an obligation for rental companies to do more than check the facial validity of a renter's license. But if there are warning signs such as a restricted license, or when you know that a renter has outstanding traffic violations, you might consider refusing to rent.

Negligent entrustment cases are more likely to increase in frequency in New York, Connecticut, Florida, Iowa and the District of Columbia, where the Graves Amendment has taken more of a bite out of personal injury claims against rental and leasing companies.

In Hollings v. Alamo, a 2009 Hartford, Connecticut case, an allegation that the renter had shown no proof of a valid driver's license was enough to survive Alamo's motion to strike. The renter was from Germany. He presented only a German identification card - not a German driver's license. The court found that the complaint alleged fault (negligent entrustment) by Alamo thereby removing Alamo from the protection of the Graves Amendment and making Alamo subject to vicarious liability.

In New York, a renter presented a document purporting to be an Israeli driver's license to Aris Inc. The document was written in Hebrew and contained no photograph. The renter did not present any other documentation, but Aris rented the car. Later, the renter had an accident and injured a man named Mr. Palacios. The renter's Israeli document turned out not to be a driver's license.

When Palacios sued Aris, Aris moved to dismiss relying on the Graves Amendment. But the court in Palacios v. Aris (U.S. Federal District Court for the Eastern District of New York, March 2010), held that the Graves Amendment did not protect Aris against an allegation of active negligence, i.e., negligently entrusting the car to a person without a valid driver's license.

Each of these cases shows that rental companies have the responsibility to determine whether or not the renter's foreign documents are valid drivers' licenses.

So how do you protect yourself? If the license isn't in English, you should demand a translation into English. That's usually included in an international driver's permit (IDP), which is a translation rental agencies understand. An IDP can only be issued in the country that gave the renter his or her license. An IDP is not a license - just a translation - and the IDP should not be accepted on its own as evidence of a valid license. You still must see the foreign license.

Foreign visitors can also obtain temporary driver's licenses from state DMVs - in which case the state agency will take the responsibility for determining whether or not visitors' documents constitute valid driving licenses. A best practice tip is don't take chances on documents you don't understand.

NEGLIGENT ENTRUSTMENT: the act of permitting a person to drive your rental car when that person is clearly not qualified to drive. For example, if you rent to a person who is intoxicated at the counter, you have negligently entrusted that car. If the intoxicated renter later injures someone, your rental company may be held liable for the injuries because you were negligent and your negligence caused the injuries.

When you read the cases in this article you will see that some courts seem to be expanding the definition of negligent entrustment. The cases want to hold you to a higher standard of customer qualification.

VICARIOUS LIABILITY: liability without fault or liability for the actions of someone else. In our industry, vicarious liability means a finding that the titled owner of a rental car can be held liable for injuries caused by a renter - whether or not the rental company was negligent. The Graves Amendment, passed in 2005, eliminated vicarious liability for owners of rented and leased vehicles.

Michael LaPlaca is a senior member of LaPlaca Law PC, a law firm that specializes in vehicle rental law and in franchise law. He can be reached at Michael@laplacalaw.com.