Ford Motor Co. and General Motors announced that they are offering new third-party application programming interfaces (APIs) for in-vehicle app development. This in-vehicle technology allows communication between an approved third-party smartphone app and the vehicle, such as the ability to control a rental car company’s app while driving via voice commands. 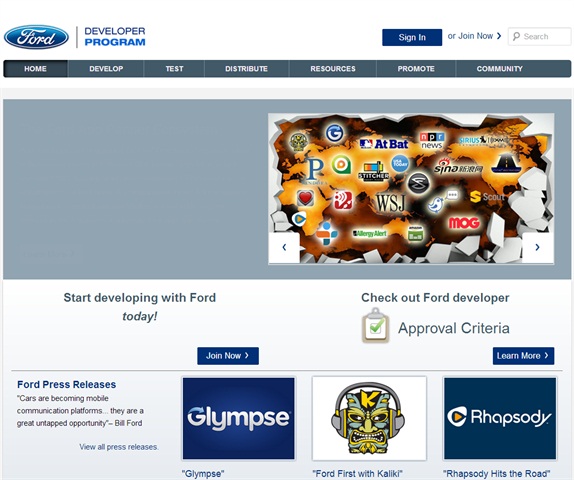 Ford’s Developer Program involves the use of the Ford SYNC system and Ford’s AppLink API. The AppLink API provides new features to developers, such as allowing two-way communication between mobile apps and the vehicle.

Allen Hall, communications manager for Ford’s technology, research and innovation department, said an example in the car rental and car sharing space could be a customer using a company’s mobile app through voice commands to extend the length of the rental. Part of the developer program is exploring these ideas. “That’s the beauty of a developer program, we open up access to the car, then the third party can be innovative in how they create an integration,” he said.

Although Ford is allowing any developer to join the network to build an app, the automaker plans to review each app to make sure it works and is appropriate for in-vehicle use. Each app must contain Ford’s AppLink code. After approval, Ford said it will then work with the developer to provide a distribution license. After receiving the license, the app can be submitted to an app marketplace.

In terms of technical support, Ford said developers will have direct access to Ford engineers and use of an online forum where they can communicate with other developers. The developer program can be used by small and large businesses alike. 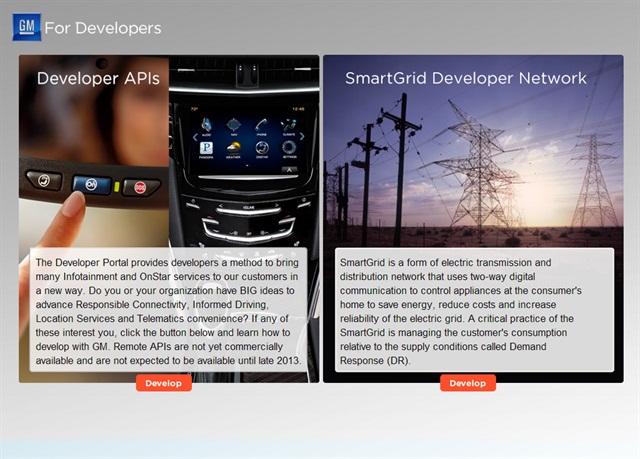 General Motors is also now offering an application framework for software developers that will allow them to build applications that customers can use in GM vehicles. Developers can download the software development kit (SDK) from a new online portal.

The company plans to offer apps designed for use in the vehicle through a “catalog” that vehicle owners can access.

GM plans to create a certification process and business model for applications, and developers will be able to submit their apps to the automaker for approval. After approval, the app will move on to a testing and publishing stage, and after that customers will be able to download the app.

The new GM developer portal features a forum, where developers can ask a specialist questions, and a blog that will provide updates on the application framework and other related news.

For more information, you can visit the new portal at
https://developer.gm.com.